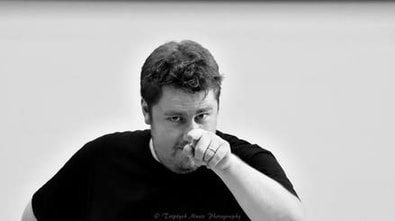 ​In conjunction with a busy conducting schedule, Craig has great enthusiasm for music projects, especially organising collaborative projects between ensembles and musicians that share his passion and ethos. This passion is shared, encouraged and brought to life with friend and colleague Paul Ingram. Between them, the dynamic duo have undertaken two epic musical marathons for charity; Haydathon and Beethovathon; performing all symphonies by the two heavyweight composers and raising well over £6,000 for Comic Relief.

Having spent some years as a peripatetic violin teacher in North Devon, Claire retrained as a museum object conservator and now works for the Hampshire Cultural Trust.  Though no longer a career, music has always been a huge part of her life, and Claire has valued playing with the North Devon Strings (aka Choc Chip Cookie Orchestra), North Devon Sinfonia, Lincoln Symphony Orchestra, Lincoln Pro-Musica and Southern Camerata.  Having originally joined WCO in 2008 as leader of the viola section, she took a two-year break to study for a Masters, returning in 2015 to spend some time section hopping before taking on the role of leader in September 2016.  Asked to pick a favourite between violin and viola, the answer is generally whichever she is holding at the time.
​
Claire enjoys playing with several chamber groups locally and currently also performs with Wessex Sinfonietta, Winchester Camerata, and the Haydn Collective.

The orchestra is managed by an elected committee who share the responsibility of making sure everything runs smoothly and looking after the interests of the members.